During the drive up to North Carolina, I encountered a wide variety of driving conditions that let me put the tune to the test.

Stop and go traffic had a rather dramatic change. The immense wall of torque now available from such a low RPM allows the car to quickly scoot around and be “that guy” that is able to opportunistically squeeze into openings in traffic. Since I live in the downtown area of Houston, this comes in particularly handy on my commute to work in the morning when I’m trying to get out of the city. You can almost forget that you’re driving a 4200lb Swedish house; that is, until you have to step on the brakes (but that’s a future upgrade!) 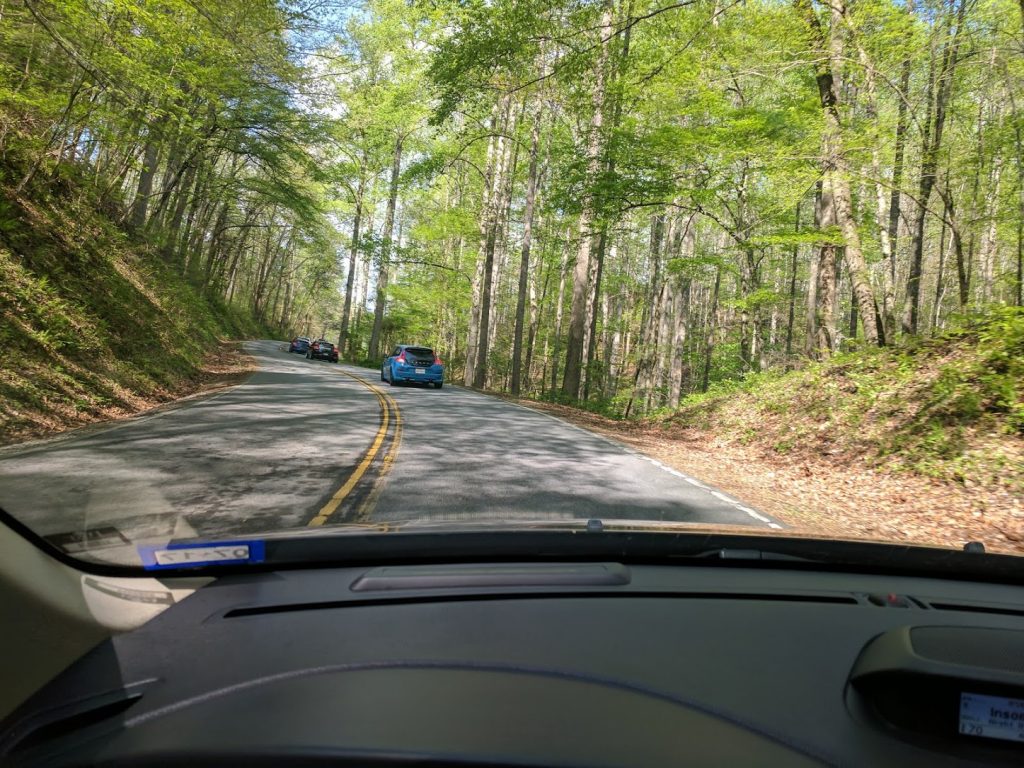 Highway driving also had a significant improvement. Before, passing quickly required downshifting and waiting for the engine to lug you past the car you wanted to pass, while it made loud high RPM wheezing noises as the engine was taken out of the comfortable operating zone of the small twin-scroll turbocharger. Now, passing can be accomplished by tickling the gas pedal; the torque converter unlocks, the turbo spools up, and you surf the wave of torque that effortlessly wafts you down the highway. It’s sheer pleasure to experience, and the only other times I have experienced such a feeling was driving a rather large biturbo V8 SUV.

Arriving at the Dragon, I had 2 days to mingle with some Volvo C30s, an R32 GT-R, and a V60 Polestar. Driving up and down the Dragon was a great test of the part and wide-open throttle response of the tune. The larger, heavier (but more powerful) XC60 was able to keep up with the small and nimble C30s on the uphill sections, but quickly lost ground on the downhill sections due to underwhelming brakes and a rolly-polly suspension and high center of mass. The dramatically increased torque allowed me to keep the transmission manually selected in third, and only a few times did I have to downshift to second to pull out of a corner or upshift to forth on the straights. Through all of the thrashing over two days, the tune held up exceptionally well. There were no abnormal events with the engine, check-engine lights, or overheating. The car drove like a stock car, except with a solid lump of torque in the early RPM range.

Oh the drive back to Houston I found myself in a pack of hot-rodded C30s and that one nasty-sounding V60 Polestar. I was able to get in a few highway runs with some of the cars and holy hell, the XC60 was able to surprise everyone. Keeping up with K16 swapped C30s was no problem, but that one particular V60 Polestar still proved a difficult contender on the highway. The revised shifting strategy on the Polestar engineered car was able to pull away from me each time a new gear was selected, not to mention the significantly upgraded hardware available on the Polestar engineered cars. On more than one occasion I was able to verify that the previous Vmax limiter had been removed in the tune as well; I just had to keep in mind that next time I was shopping for ties I’d have to find one with a higher speed rating.