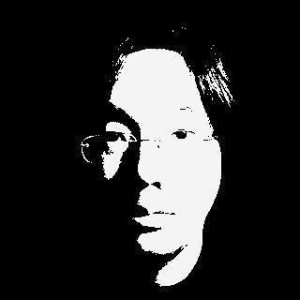 I’ve had a personal blog and website of sorts in various forms, on LJ, Xanga, etc for a while but never actually put a serious effort into keeping it up or updated.

Just who is this Andrew Peng? He’s an Ubuntu bug contributer, a Linux System Administrator and Support Supervisor, and a self-proclaimed car nerd. I am also Internet famous! I have been featured on Hack-A-Day, HardOCP, and Digg. Hopefully one day I’ll be featured on Reddit and Slashdot.

I’ve only started this website project in late 2008 after my university studies at Embry-Riddle Aeronautical University so a lot of the stuff I’ve done in the past hasn’t been documented. At Embry-Riddle, I majored in Aerospace Engineering with a focus in Astronautics. You know, space stuff and engineering stuff.

Since graduation I spent a few months with my parents frantically trying to get a “real job” until I came upon a .com startup called HostGator that had just recently moved from Boca Raton, FL to Houston, TX. They offered to move me to Houston in exchange for an employment contract, so I accepted and off I was. After working 2 years, 5 months, and 5 days at HostGator I had moved up to IT manager – in charge of the in-house computing for the company.

In the meantime, I had been actively pursuing a new career in aerospace but industry conditions and political turmoil made that difficult. By chance, a new position opened up at United Space Alliance. I applied, interviewed, and subsequently got the job; currently I work for United Space Alliance at NASA JSC on the International Space Station program. As a contractor under United Space Alliance I’m an “Engineer II” – on the NASA side at Johnson Space Center, I’m a flight controller on the PLUTO console. We deal with the computers and computer network on the space station – making sure the astronauts are able to stay productive and do science!

My web projects include the (short lived and now defunct) atomicfire.net, genesisdriven.com, over-boost.net, and a small smattering of consulting work such as SummitPOA and EaglesFM (since replaced with another redesign).